The well-kept apartment building with potential for an extension and penthouse - visualised here
An investment with above-average resources through optimal design options of a rock-solid substance
Exclusive distant views to the horizon from the optional rooftop penthouse
A side extension on the area of the courtyard access road at the height of the existing building offers the creation of further living space (subject to official review)
The 7-storey, well-maintained apartment building currently has 13 flats, all with balconies
The relaxing Volkspark Wilmersdorf, just a stone's throw away
Our website uses cookies. If you continue to use the website, we will assume that you have consented to this.
Berlin-Wilmersdorf 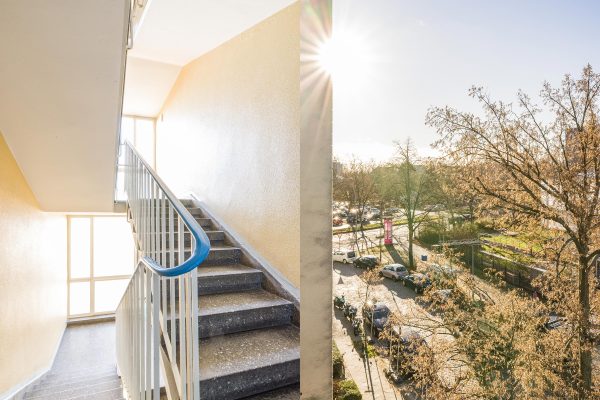 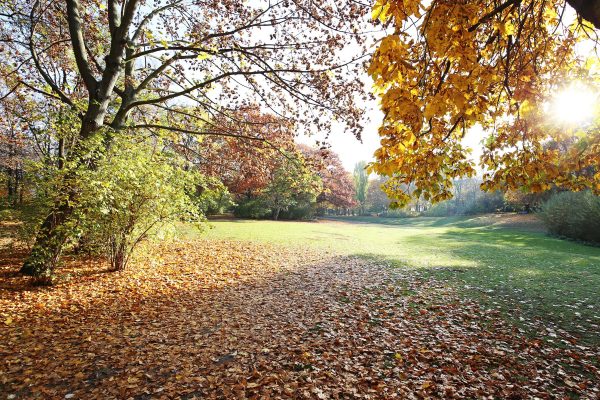 The seven-storey, well-maintained apartment building currently consists of 13 flats and is characterised by an outstanding degree of efficiency in a variety of respects. On first examining the property, the excellent use of space is immediately apparent. Built in 1960, this residential building manages to fit a living area of 667.31 m² into a footprint of just 140 m². It is within this volume that the twelve 2-room flats and one single-room flat are to be found.

The house has a basement and the plot of 558 m² also has four parking spaces with space for two more to be added. With the exception of the single-room flat, the flats vary between 49.70 m² and 56.71 m² in size. They are provided with fitted kitchens and bathtubs, and the flooring is a combination of laminate and tiling. Between ground level and the 5th floor, twelve of the flats have their own balconies, and thus access to outdoors. A lift and a bright stairwell both provide easy and secure access to the apartments. All residents have the use of the small garden in the courtyard. A central heating system provides for the needs of the entire building. In 1995, the building’s heating system was modernised and the former laundry room on the top floor was converted into a one-room flat. In 2008, the street-facing façades were renovated in accordance with the EnEV (the German Energy Saving Ordinance), as was the roof. The possibilities for creative design and expansion offered with this property deserve particular attention. The addition of additional living area through the lateral extension of the building in order to incorporate the area which provides access to the courtyard is just one possibility which would greatly increase the value of the property. Another possibility would be adding another floor to the building, bringing it up to the same height as the neighbouring building and creating a wonderful penthouse flat with virtually unobstructed views of the horizon – a property for those with vision.

The well-designed and functionally laid-out apartment building is situated in the popular middle-class Berlin district of Wilmersdorf, not far from the city centre, yet with plenty of natural spaces to be found in the immediate surroundings. Thus, the restful green acres of Volkspark Wilmersdorf and the lake of Fennsee are a mere stone’s throw away. Geologically, this area forms part of a furrow which was formed during the last ice age, connecting it to Volkspark Wilmersdorf in the east and the lake of Grunewaldsee in the west. With respect to the practicalities of driving and local public transport, this location is also absolutely ideal. Bus stops, the U-Bahn, and the S-Bahn are all within easy walking distance. The slip road onto the A100 urban motorway is around 500 metres away, and BER airport can be reached in a mere 20 minutes or so. Despite being so easily reached, the urban motorway is barely noticeable here, as the property is well-protected against road noise by the line of buildings opposite. On top of all this, the property is in an extremely popular residential area which has all the facilities and shops one needs on an everyday basis.